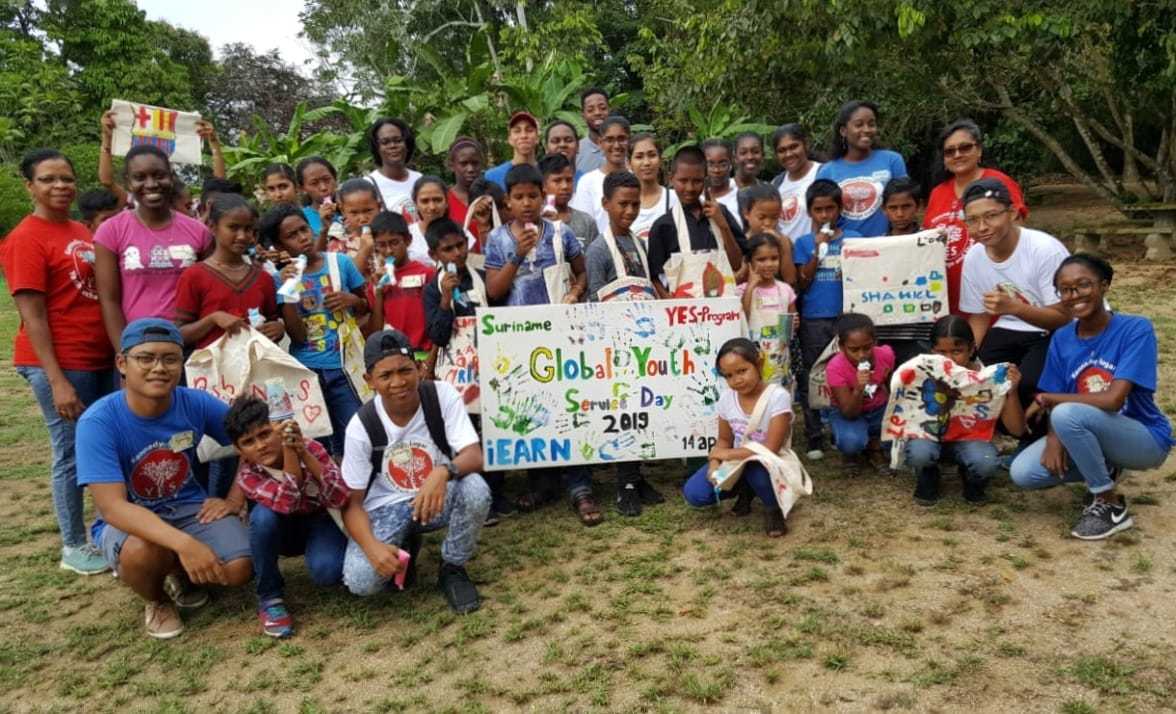 By Jenneley Malone (YES 2017-2018, Suriname, hosted by American Councils PO in Elkhart, IN)

For Global Youth Service Day 2019, alumni from Suriname focused on raising environmental awareness. Together we spent a day with 36 pupils from the orphanage ‘Sukh Dhaam’ at Peperpot Nature Park, a former coffee plantation. We chose to focus on the environment, because lately on social media, TV, etc. we see how the earth is dying and there are many natural disasters that could one day have a detrimental effect on us. Our goal is to make sure that these kids are aware of our changing environment and give them tools for how they can play their part in helping to save it. 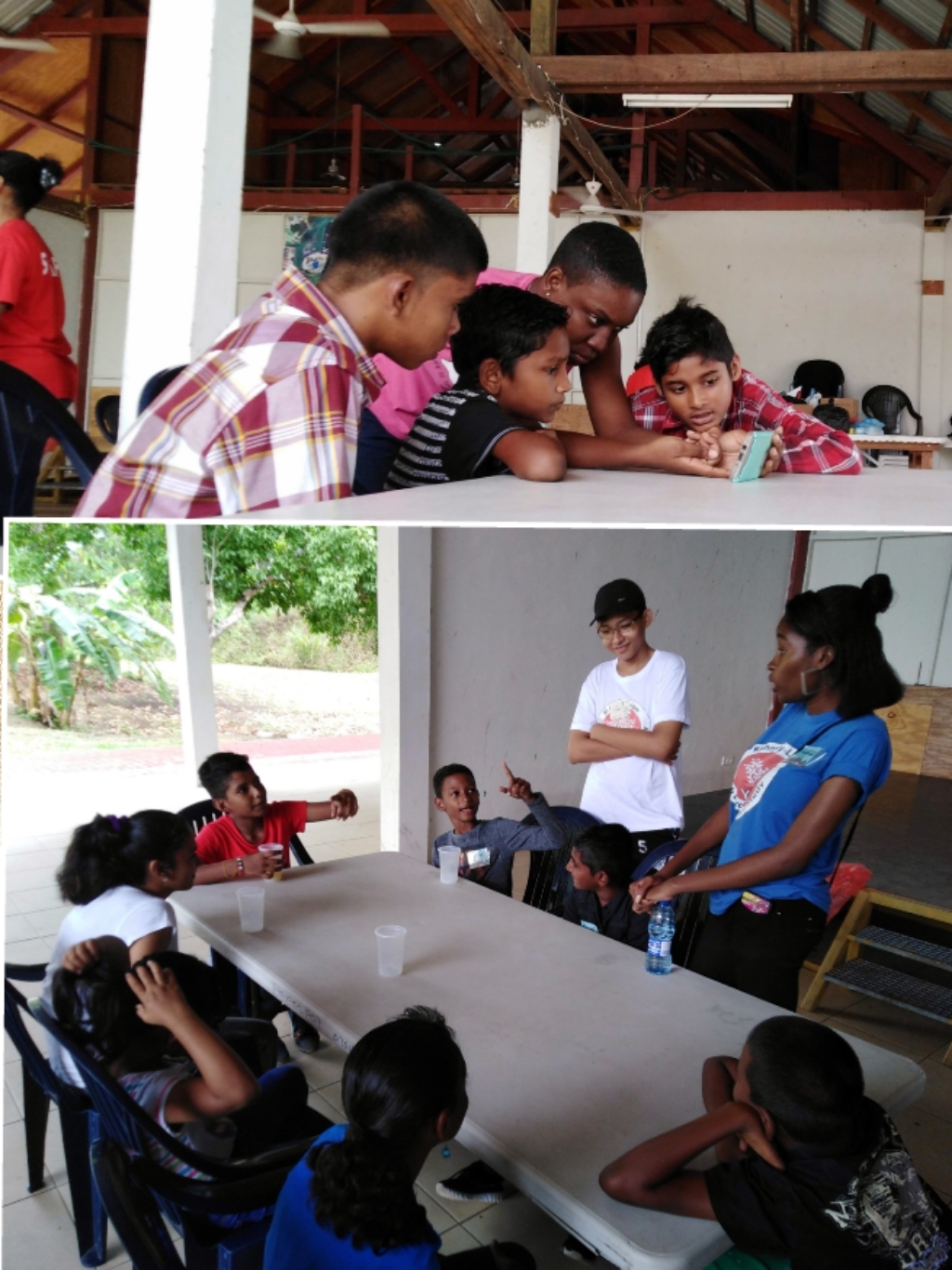 The pupils were between the ages of 9-18 years old. We made sure to plan out activities that were both fun and educational. Our first activity was watching an informative video about climate change and discussing ways to fight it.

The staff of Peperpot gave us a tour where we got to learn about the types of coffee beans that were once produced, other vegetation that developed over the years, and the animals that could be seen living in the forest. After that, the groups were asked to answer a few questions about the tour. Two of the four groups had a tied score and they both got extra candy for their efforts.

Our last and main activity of the day was painting cotton bags. With this activity we aimed to teach the kids to use biodegradable material instead of plastic and how to properly reuse items. This activity was definitely a highlight of the day. Raising environmental awareness among these pupils was a success. This could be seen by how spontaneous they were to answering questions and how open they were to discuss this topic. 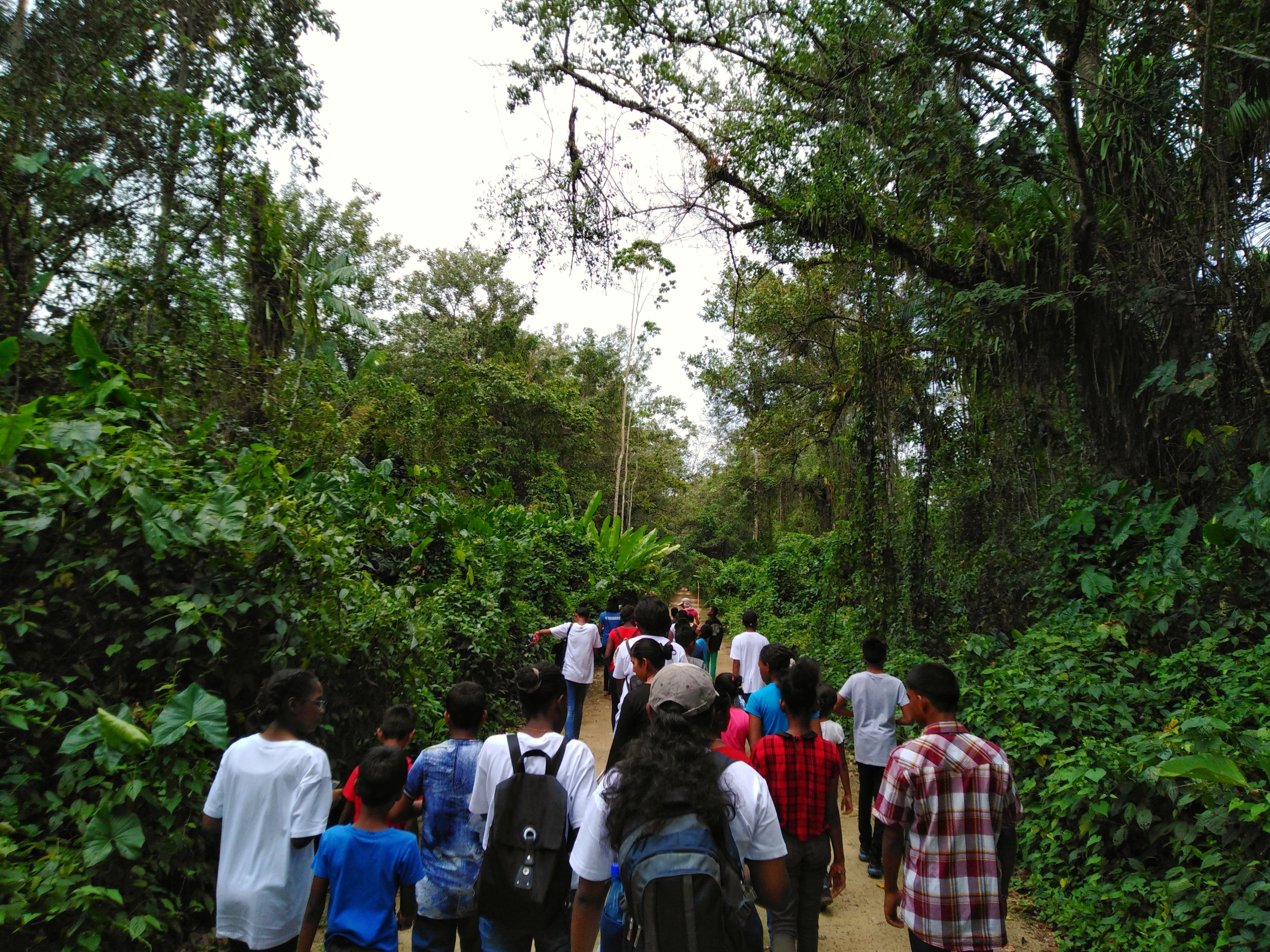 I hereby thank everyone who made this project possible, including my fellow YES alumni: