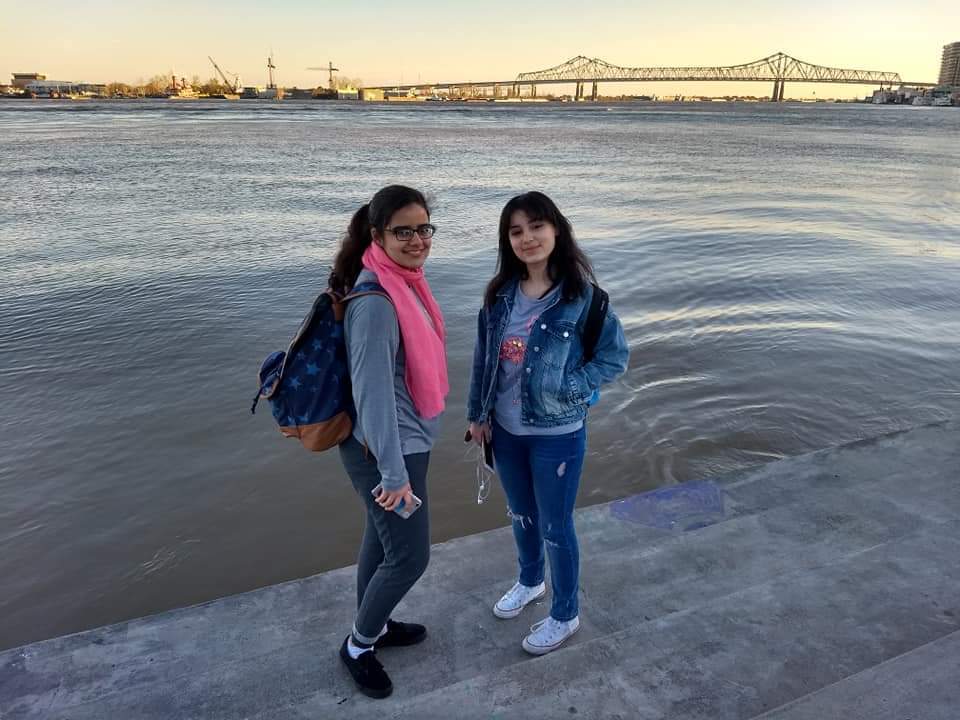 When I was attending the YES pre-departure orientations, I learned a lot about double placements—how your exchange year becomes so much better when you share the experience with another student. When I found out that I was going to have a double placement, I was a little scared. Later, I found out that my double placement sister, Lyana Salah (YES 2018-2019, West Bank, placed with AFS-USA in Evanston, IL), was also frightened. We both wanted an amicable relationship, but weren’t sure about how we would feel about each other after we met. We were stepping into the unknown and we silently prayed that we both would get along. Our prayers were answered in the best possible way.

I arrived to the U.S. before Lyana. I was excited to look around my host community, since Evanston is such a beautiful city, but I was scared to explore it alone. A week or so later, Lyana arrived. We became friends immediately. Our relationship progressed to sisterhood quite quickly. I clearly remember the day that I went to pick her up from the airport. We were coming back home and I played some songs by Ashes Remain, and Lyana was ecstatic. She loved Ashes Remain as much as I did. “Right Here” is and will always be our song. We had almost the same taste in music. I introduced her to Finneas and she introduced me to Billie Ellish, and guess what? Both of them are siblings too. Music was one of the things we bonded about. Lyana has been playing the piano for a long time and I started learning in the U.S. So, she helped me out whenever I was practicing. 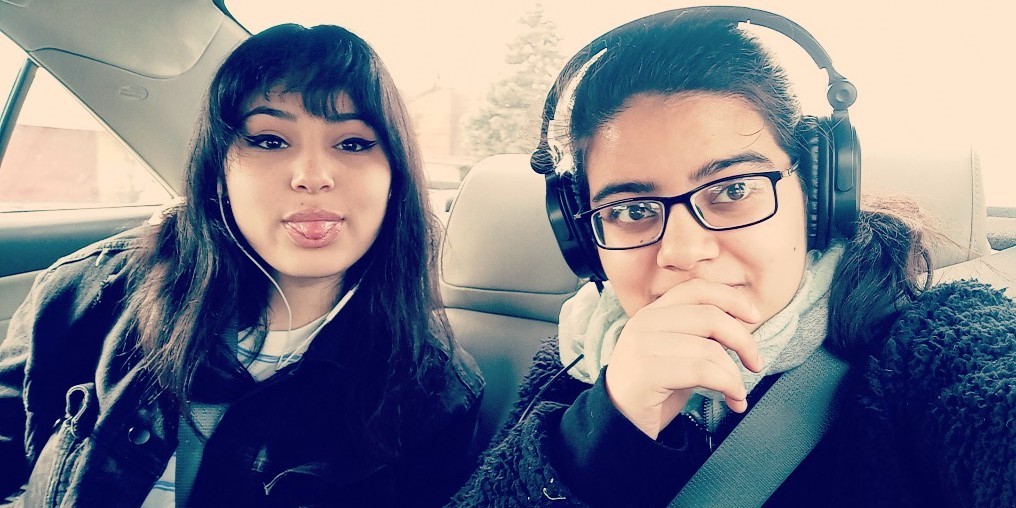 We both loved to bake. Neither of us cooked much, but we baked with much vigor. We both would be bored, and a text would pop up on my phone, “Hani. Want to make some brownies?" I would respond with a "yes," and we both would run down to the basement to get the ingredients and make some brownies. Starbucks brownies and cake pops were our favorites as well. We both used to visit the nearest Starbucks whenever we had a ton of homework. We would spend the whole afternoon there, munching on brownies and getting our assignments done.

We travelled a lot together. We visited New York, New Orleans, Washington D.C, Connecticut, and so many other memorable places. Lyana is very creative and she took such beautiful pictures of me and helped me preserve unforgettable moments. We spent the long car rides singing along to music, playing games, and just having a good old time. We tried the famous Norske Nook pie together. It was so delicious and mouth-watering. We also went to see the Statue of Liberty.

We explored Chicago and Evanston together. New streets meant we got lost a lot. Our adventures were filled with things like taking the wrong bus, not following Google Maps correctly, or just ending up lost in an alley, confused. We slowly learned how to navigate, but still the thrill of exploring new places with a partner in crime was fantastical. We also discovered many lovely places in Evanston, some quiet parks, some charming benches under an old tree, and a few special spots on the lakeshore.

We went to the prom together. We danced and we watched a stunning fireworks display. It was such a magical moment. I was surrounded by my friends and Lyana was there with me. It was a perfect night. We also attended a few school events like football matches, pep rallies, and basketball games. Not all experiences ended well, but we always had each other for support. 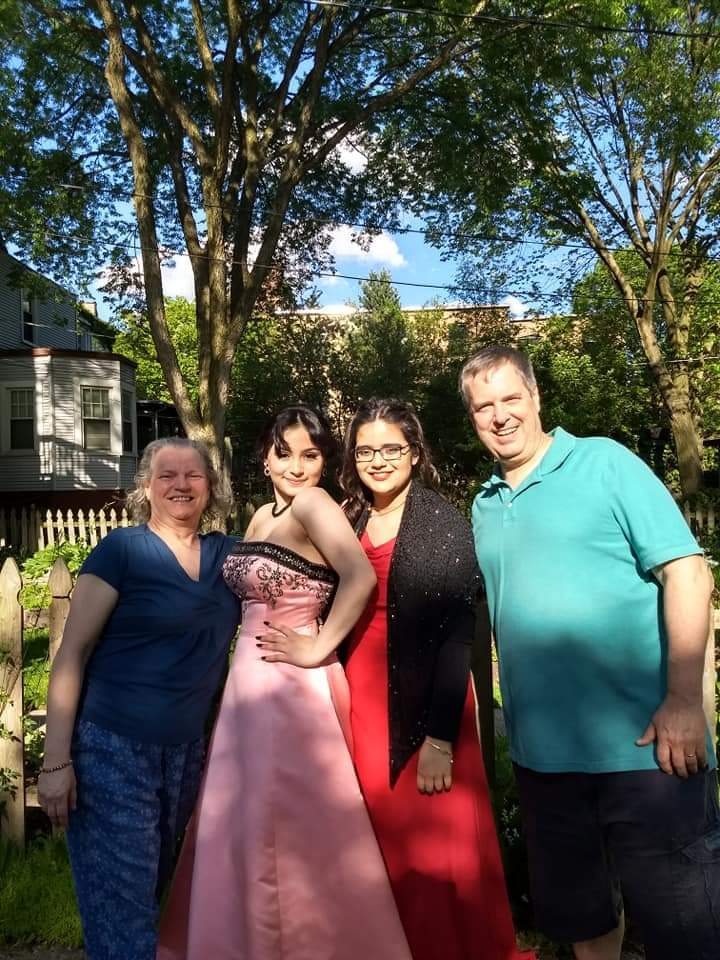 Lyana and I experienced a lot of firsts while we were in America. Snowfall and sledding were two of the many fun things we did. I love winter; Lyana, not so much. But still, we enjoyed sliding down the icy slopes and had a good time. Christmas was so much fun. I am a Pokémon fan and Lyana, being such a darling, got me a Pokémon T-shirt, which is one of my most prized possessions now. I remember on Easter, our host dad Chuck made us heart-shaped pancakes. We were in Connecticut during Thanksgiving and my relationship with Lyana was one of the major things I was grateful for. I still consider Lyana as one of the best things I got from my exchange year.

Lyana was there in my good days and also during my bad ones. Whether I was ill or just having a terrible day. Whether I was having a fashion emergency or needed some advice on something. She was always there. If we were separated, I could always text her. She was always there to cheer me up and support me. She stood by me when something went wrong. Even now when we are far apart, she still is always there for me. She is always showering me with love and making my days so much better.

Our goodbye was messy. We tried to keep up a brave face, but when I was leaving for Pakistan, we both cried. She cried in the car and I on the plane. We both missed each other terribly. We still do. The bond I have with Lyana is one of a kind. She is one of the reasons that I had such a great exchange year. We are still in contact. I love her and it has not lessened due to the thousands of miles between us. I appreciate the perspective she brought into my life. She helped me loosen up and enjoy life. She was like a ray of sunshine in my monotone life. She has helped me grow into a better version of me and I will always be grateful to YES program for giving me an opportunity to meet such an amazing human being. I love you sister dearest and I always will. 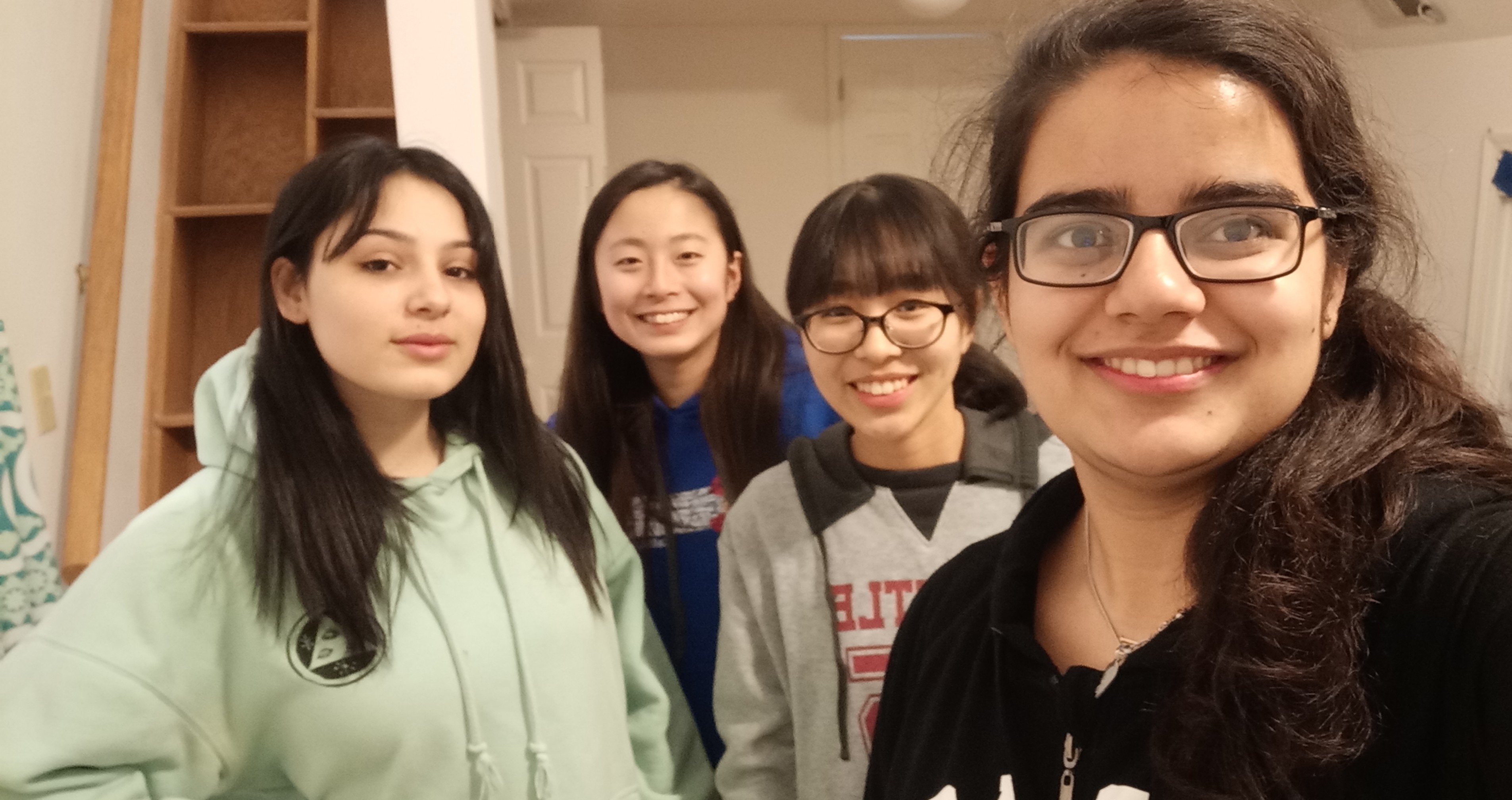