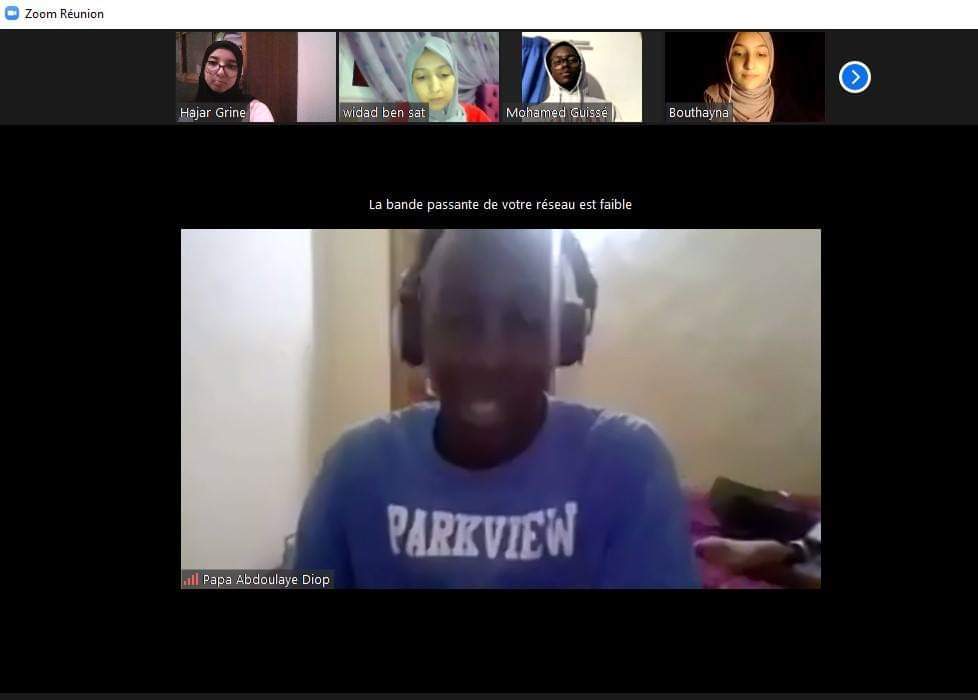 On May 21, I organized a friendly worldwide debate with Widad Bensat (YES 2012-2013, hosted by World Learning in West Olive, MI), a fellow YES alum from Morocco, who was an Alumni Assistant in the YES English Camp in Senegal in 2019. We came up with the idea, while messaging each other on Facebook, to organize a debate between her Moroccan debate team ''DOC’S VOICE'' and a group of YES Senegal Alumni via Zoom. 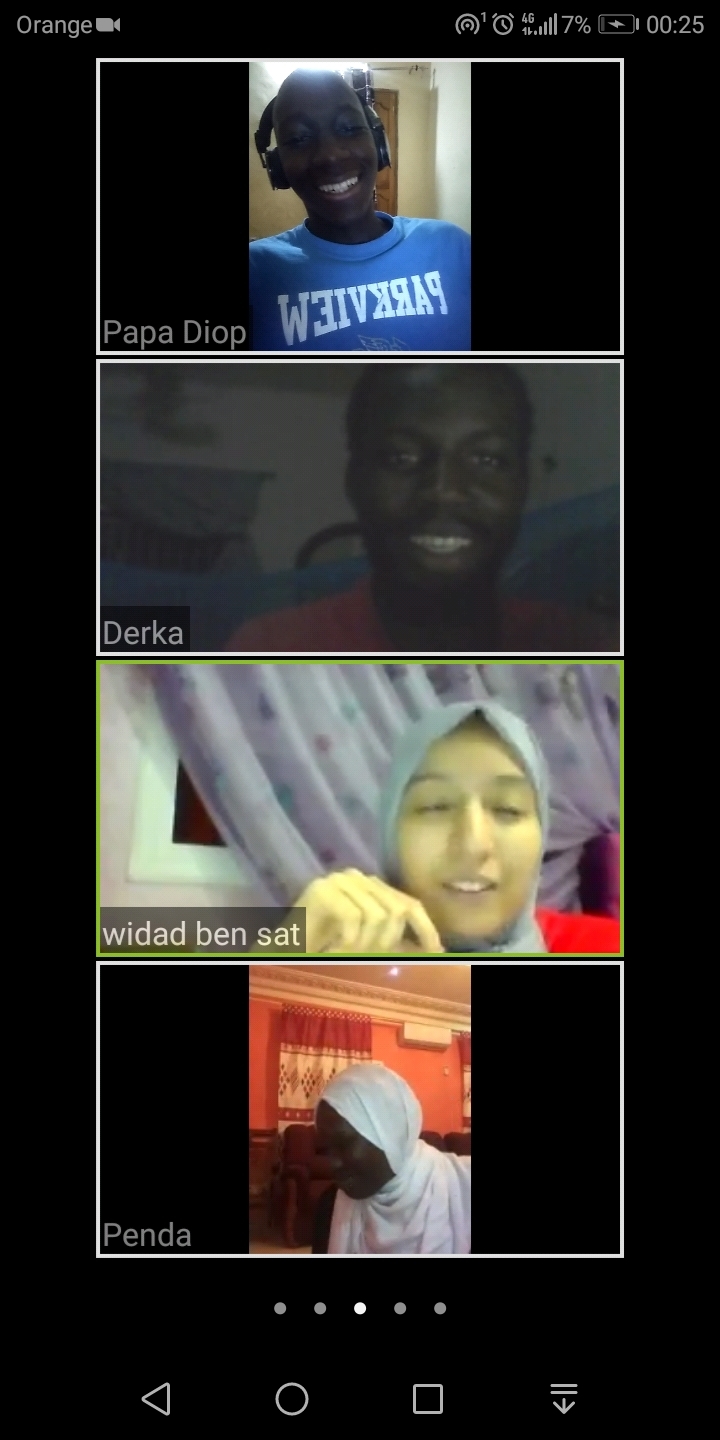 12 people joined the call for the debate, 6 of whom were debate participants and 6 of whom were part of the audience. The debate was between Global citizenship (defended by the YES Senegal Alumni Team) vs. Nationalism (defended by Widad's team “DOCs VOICE”). The YES Senegal Alumni team was comprised of 3 alumni: Papa Abdoulaye Diop, Mohamed Fall (YES 2014-2015, Senegal, hosted by ACES in Davenport, IA, and Mohamed Moustapha Sane Guissé (YES 2016-2017, Senegal, hosted by PAX in Markle, IN) and DOC’s VOICE was comprised of Widad and two of her debate team members.

During the debate, we talked about what the importance of being a global citizen versus being a nationalist. The YES Senegal team argued that as a global citizen we can fight for a cause that affects the whole world, such as climate change. On the other hand, DOC’s VOICE argued that, as a nationalist, we can positively impact our own country by being patriotic and changing it for the better, which can positively influence other countries to do the same. The audience listened intently and at the end they gave their opinion on the topic and feedback to the participants.

In conclusion, the debate was rich with great and interesting ideas coming from both teams. In fact, the discussion was so great that we learned that there was no winner or loser, but that instead we learned from everyone's interesting ideas. This is the beauty of the world and humanity; despite location or nationality, we still can learn from each other even if we might differ in opinion and ideas!