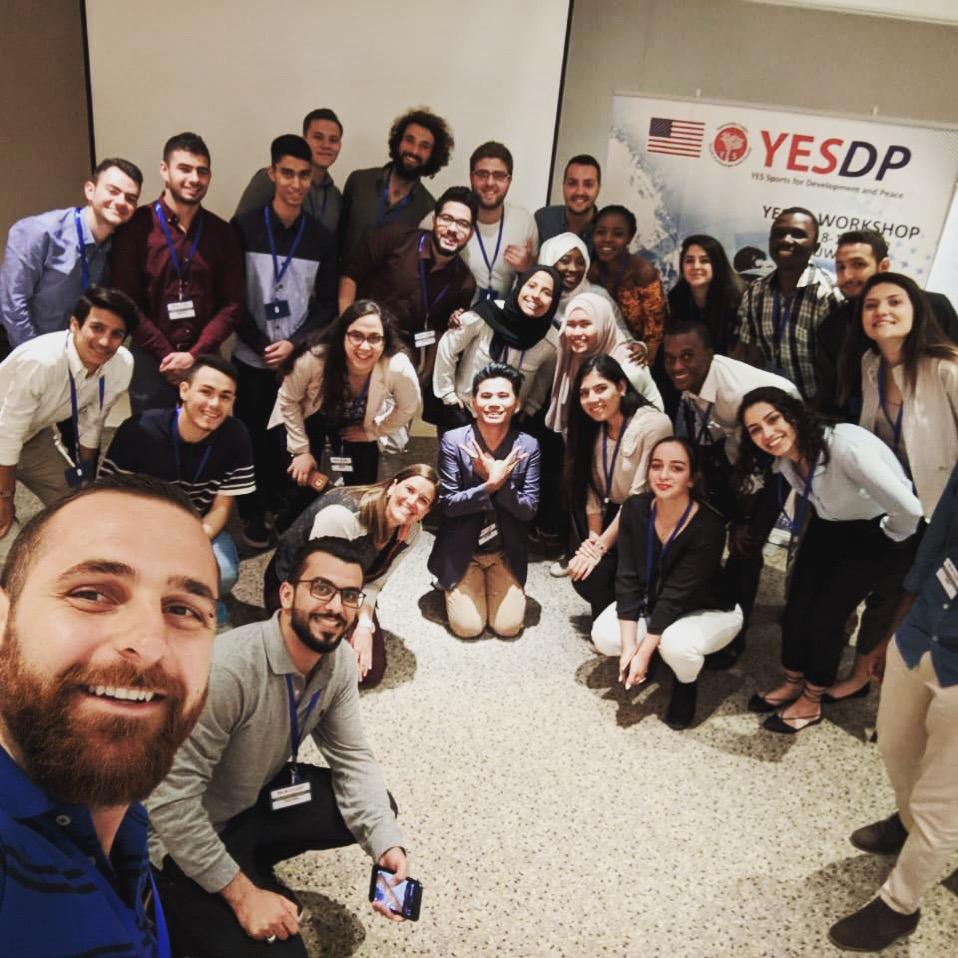 For many YES students, sports and play-based activities are a way to connect to the people in their host communities in the US. And it's no surprise, because sports have been found to be a remarkable tool for various community-building and personal growth projects all around the world! Since Sports for Development and Peace (SDP) has become such an important field, and since it is so deeply connected to the experiences of YES students and alumni, the YES program recently hosted a workshop dedicated completely to this topic - the YESDP workshop held in Kuwait from April 8 - 11.

27 YES alumni from 16 program countries came together for three full days of training on how to use sports and play to create positive change and to develop future SDP projects. Many of these outstanding alumni already have significant experience in this field, including conducting projects to celebrate the International Day of Sports for Development and Peace on April 6th. Four of these highly motivated SDP practitioners also served as alumni experts, giving presentations on SDP topics like sports for people with disabilities, and project management tips like how to develop effective monitoring and evaluation. 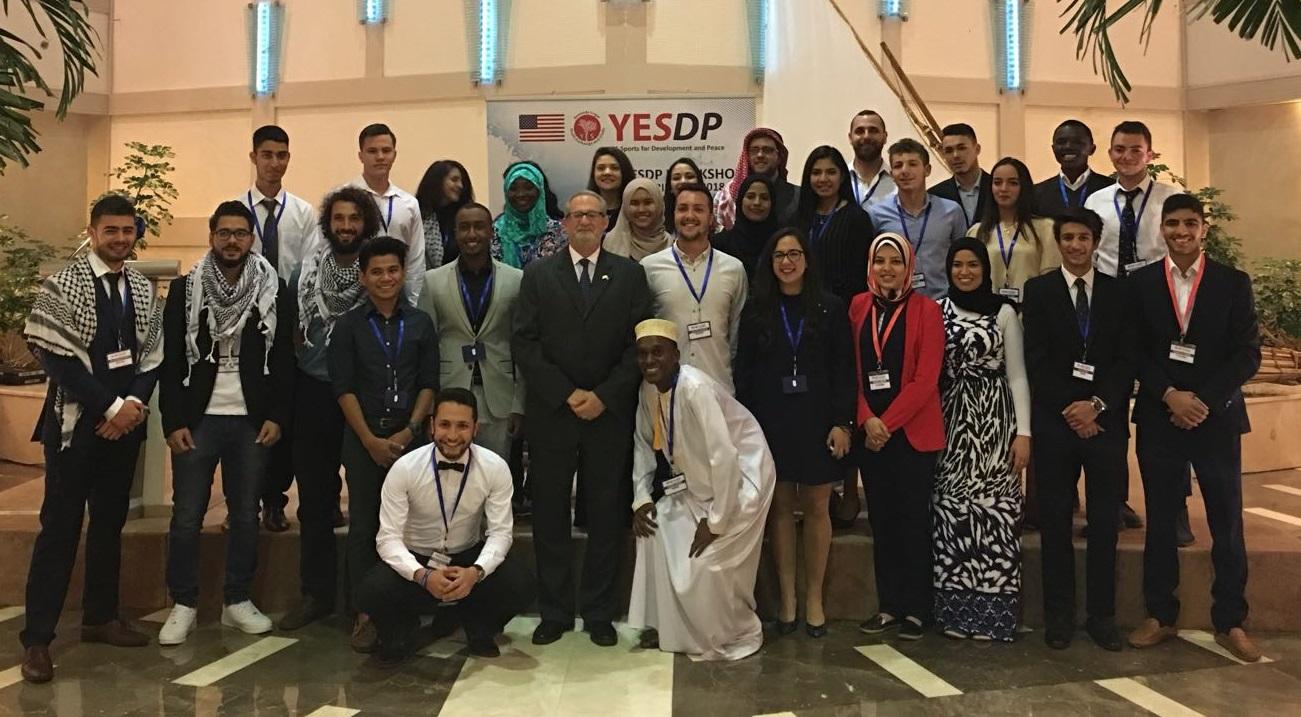 The workshop kicked off on April 8th with a special welcome reception in the evening. AMIDEAST Kuwait Country Director Samar Khleif presented the US Ambassador to Kuwait, Ambassador Lawrence Silverman, who gave opening remarks. Remarks were also made by guests from the Kuwait Ministry of State for Youth Affairs, Kuwait's Achievers for Future Opportunities(KAFO), Balsam International, and LOYAC, a Kuwaiti organization for youth development and a partner in the YESDP workshop. This highly motivating opening event was covered in local press, including an article in English in the Kuwait Times. 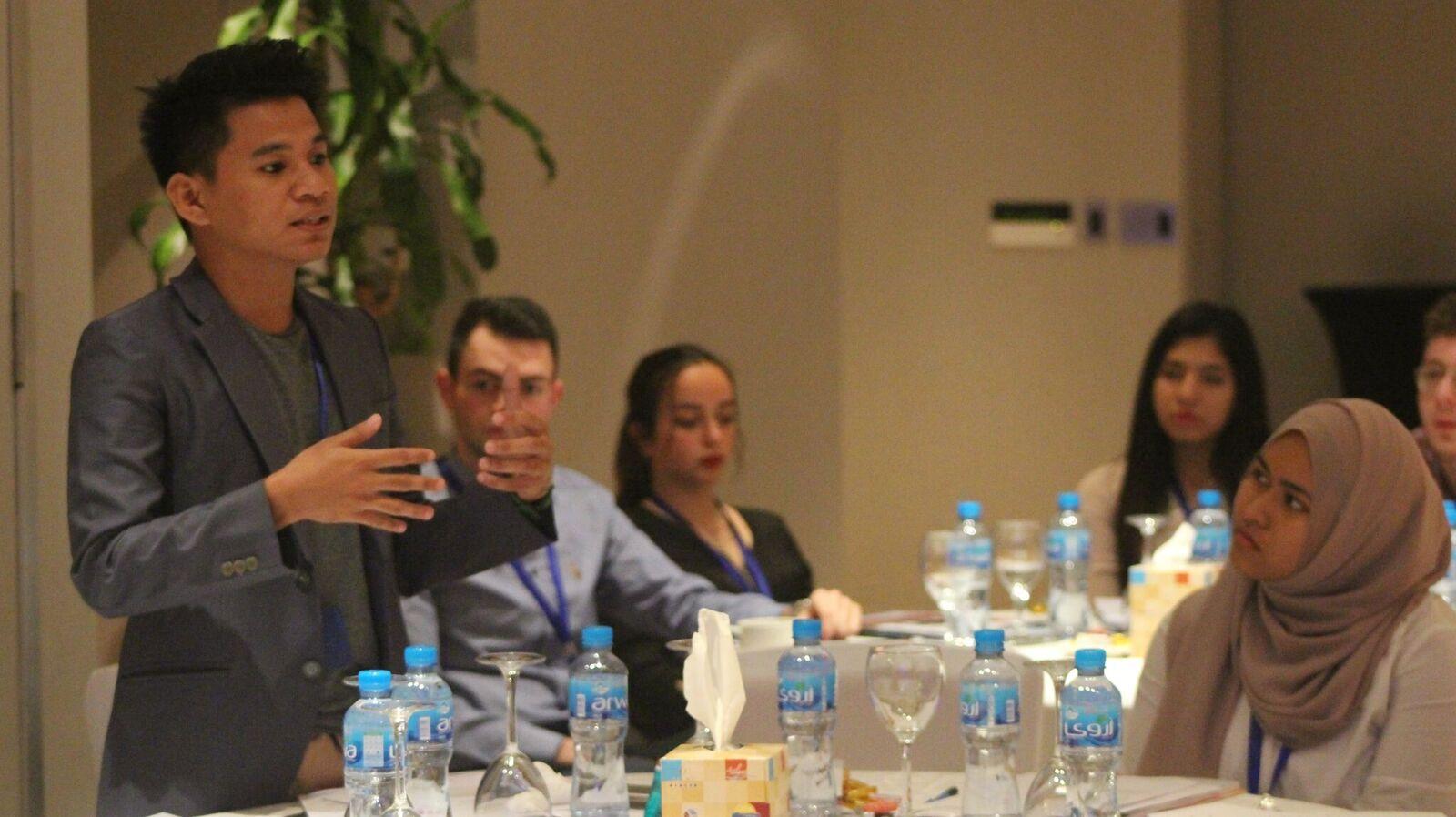 After such an impressive start, it was time for the YES alumni to get to work! April 9 - 11 they attended training on SDP and project management, ultimately developing project proposal drafts that they presented before departure. The keynote address was given by Balsam Al Ayoub, a Kuwaiti fencing champion, Ashoka fellow, film maker, and promoter of SDP in Kuwait and around the globe.

There was also time for plenty of fun. On April 10th, LOYAC hosted the group at their office in Kuwait City to share their knowledge and provide an opportunity for the participants to share some of their own SDP skills. For instance, Nurfirda Mahni (YES 2013 - 2014, Thailand, hosted by AFS) showed the group how to race barefoot on coconut shells, a game played in her home culture. Juwana Mohamed (YES 2016 - 2017, Bahrain, hosted by PAX) demonstrated her Taekwondo skills, Mohammed Al Khatib (YES 2006 -2007, West Bank, hosted by Ayusa) shared his dream to win an Olympic medal for Palestine as a sprinter, Adnan Mir (YES 2016 - 2017, Kuwait, hosted by AFS) explained the rules of cricket, and Batuhan Celik (YES 2015 - 2016, Turkey, hosted by AFS) led a participatory hip hop dance. 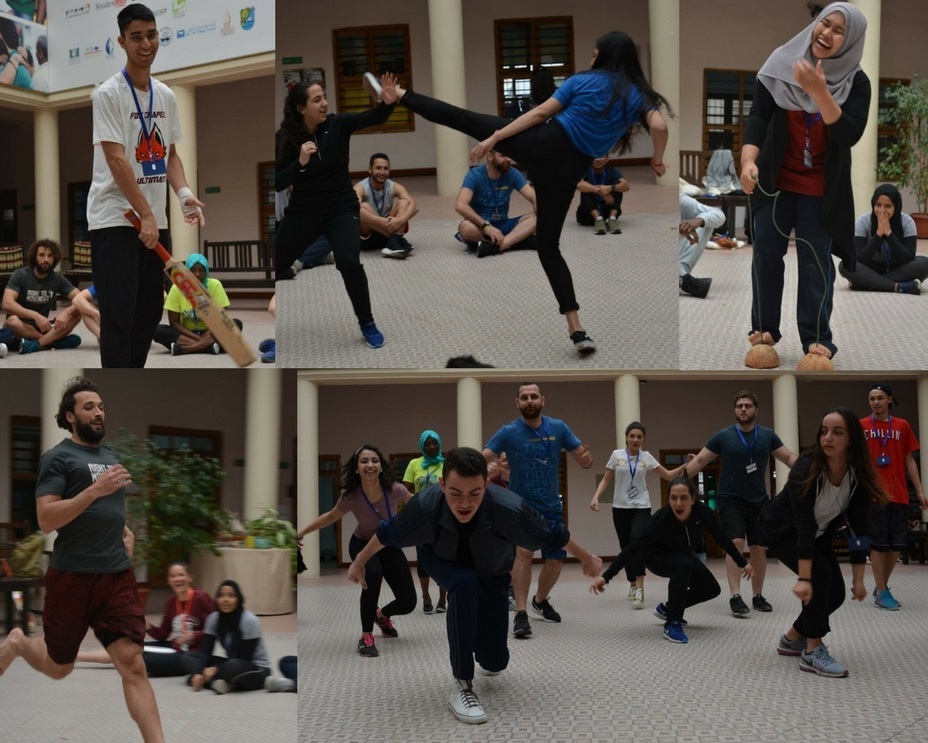 When they weren't hard at work at official YESDP events, the YES alumni found time to share their lives with one another, making new friends and keeping their passion for the YES mission alive. Many even attended a futsal game to watch their friend Ali Al Sultan (YES 2015 - 2016, Kuwait, hosted by ACES) who is a player on the Kuwaiti youth national team.

In the end, the YESDP workshop was a huge success not just for the 27 YES alumni in attendance, but for their home communities and for the future of SDP around the globe. The participants came with big dreams and significant personal experiences with sports, and they left with the tools to implement important projects to benefit people in dozens of countries. We can't wait to see what they come up with next! 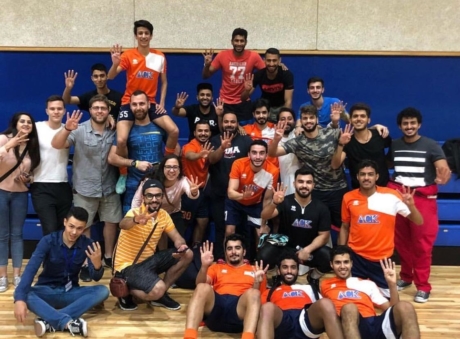 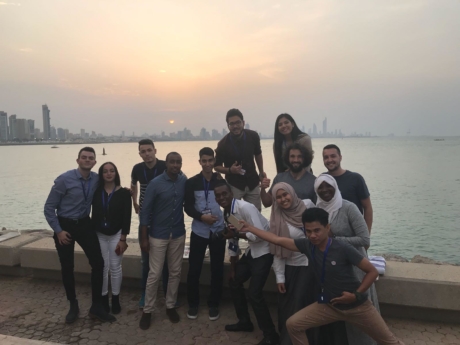 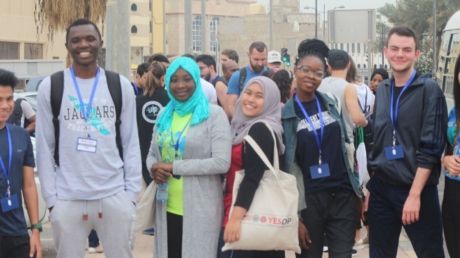 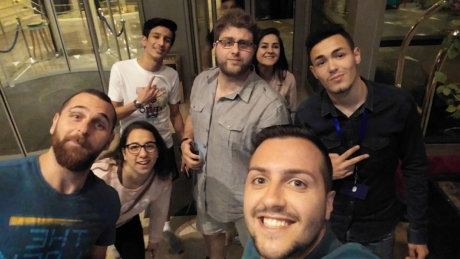