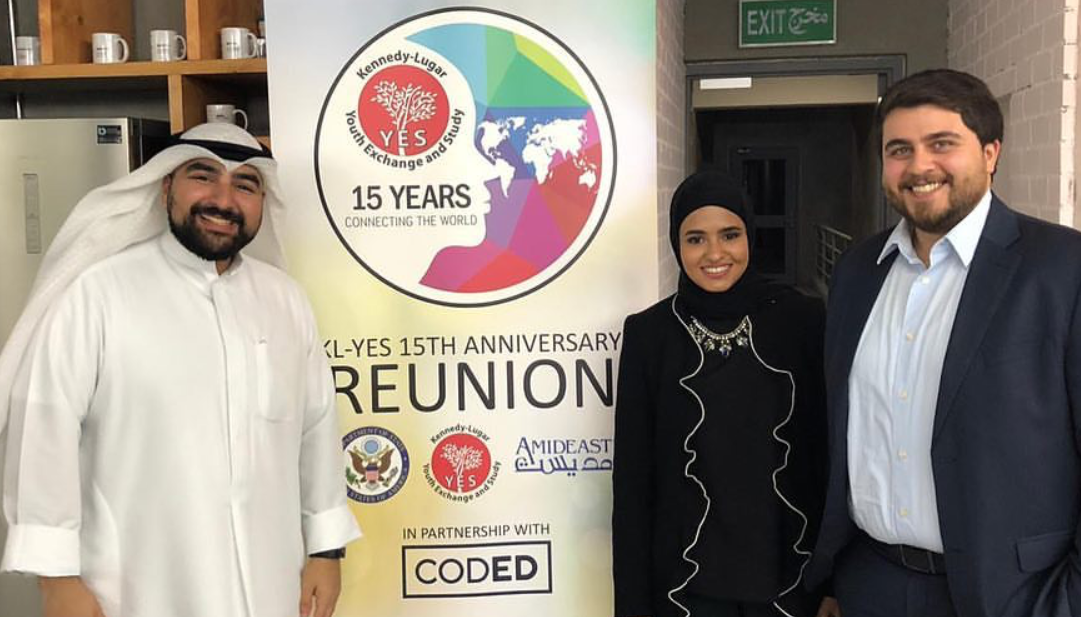 Photos: YES 2008-2009 alumni pose with the banner at the alumni reunion in Kuwait

It's not every day that a big group of YES alumni get to reunite and mingle with an Ambassador. But that day came recently in Kuwait!

On October 16th, the YES Alumni Chapter in Kuwait held a special alumni reunion and celebrated the 15th anniversary of YES together for two hours. 35 alumni attended, as did the US Ambassador, Lawrence Silverman. Ambassador Silverman gave brief remarks, followed by members of his team from the Embassy's Public Affairs section. 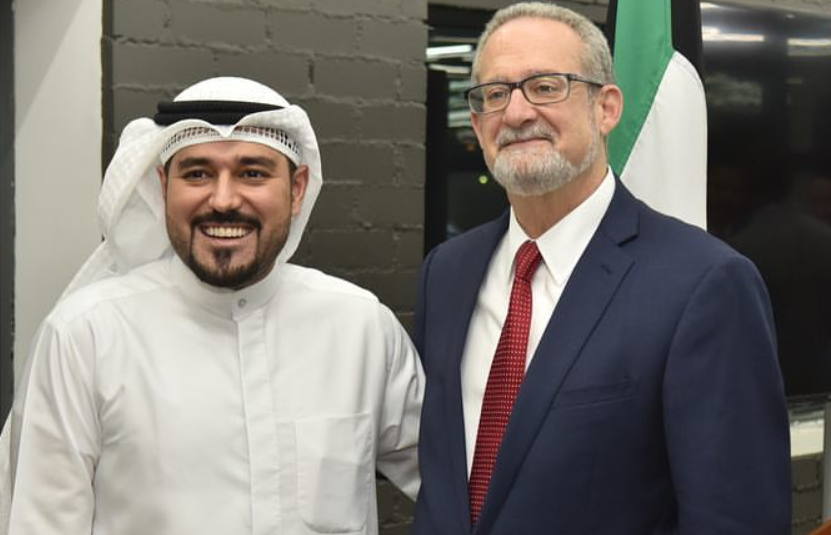 The co-founder and CEO of CODED Academy, Ahmed Marafi (YES 2005 - 2006, hosted by Ayusa in Dixon, CA) also gave welcoming remarks at the start of the event and briefed the guests about how his experience on the YES program led him to entrepreneurial endeavor in establishing the CODED Academy. The rest of the alumni took the opportunity to network and get updated on their latest news regarding their academic and career life.

Photo: Ahmed and Ambassador Silverman pose together at the Reunion event hosted at CODED

The event was covered in local press, including an article in English in the Kuwait Times - check it out!

Read more about Ambassador Silverman's involvement with the YES program here, and about Ahmed's work to started CODED here! 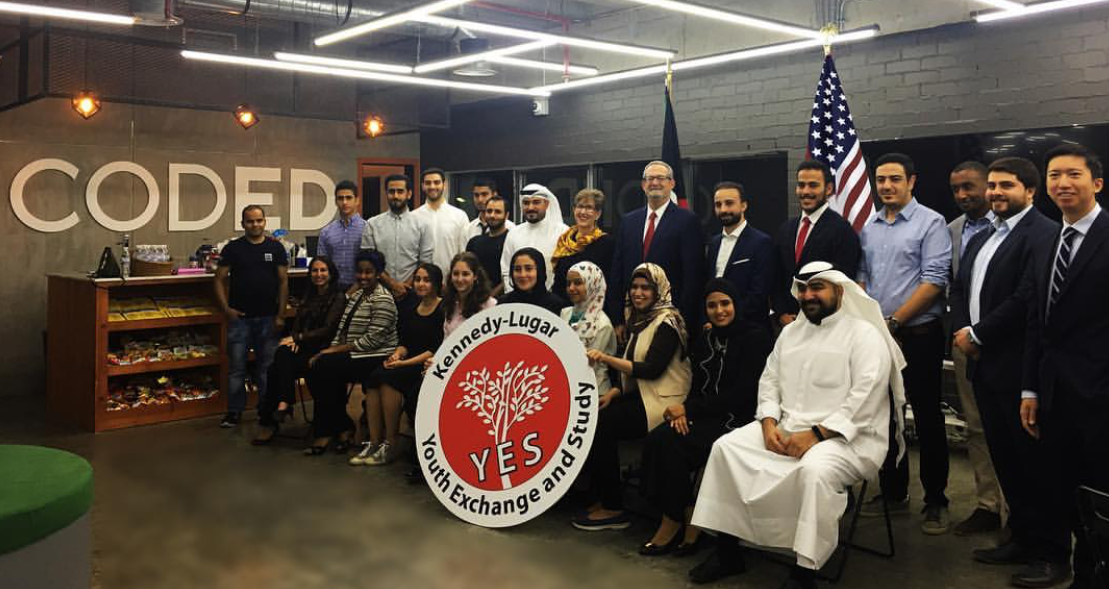